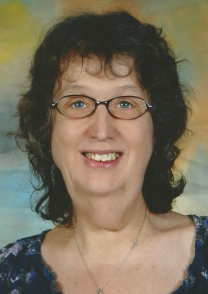 Nancy Segovia is many things to many people.  She is a NEW YORK TIMES AND USA TODAY AWARD WINNING AUTHOR.

To her husband she was a friend, caretaker, and prize-winning cook.He passed away a year ago and now she  is a widow.

To her five daughters she is mom a sometimes inspiration and an all the time pain in the neck. To her grandchildren she is “Totally awesome!” – their words, not hers. And, to her ex-students, she retired after her husband’s death, she is a hard task master who encourages them to excel and browbeats them into mastering the concepts of proper paragraph construction.

Nancy, herself, returned to college at the tender, young age of 49 and graduated Summa Cum Laude with a Bachelor of Art’s Degree in Religion. She then continued on with her education and pursued and achieved two master’s degrees – the first from Northwest Nazarene University is a Masters of Arts in Religion and the second from the University of Denver is a Master of Liberal Studies in Creative Writing. She drew from this advanced education the skills and knowledge she used to write Shine: How To Walk the Talk  which was released by Faith and Reason Publishing in May, 2013 as well as many other books which you will find on the New Releases Page.

Her areas of specialized study include:  Religious Studies from Regis University,  Spiritual Formation at Northwest Nazarene University, and Creative Writing at the University of Denver.  Her religious studies concentrated on spirituality and spiritual formation with an emphasis in the teachings of the church’s desert fathers – long before Constantine formalized the church;  the mystics including St. John of the Cross, St. Teresa of Avila and Julian of Norwich; the world’s religions including Hinduism, Buddhism, Judaism, Islam and Christianity; ancient and modern philosophers including St. Augustine (who isn’t exactly a philosopher but whose thought processes have had a major impact on Christian doctrine), Socrates and Nietzsche. She has also studied such more modern spiritual trends as women’s spirituality, Jesuit spirituality and modernism and the church.

She is a member:

National Council of Teachers of English

Prior to returning to college, Nancy achieved publishing success in many areas with successful publishing credits in poetry, children’s literature, short stories and full length novels. She has worked as a newspaper journalist, a managing magazine editor and currently teaches college English for several university systems.

Of herself she says, “When not writing or teaching, I like to take online classes in a variety of areas including history, education, religion and philosophy. I also read and watch TV. Much to my shame, I really enjoy reality TV shows like “The Bachelor” and “Survivor,” and I have an unholy passion for all things vampire. When not doing any of those things, I play with my three dogs and five cats as I love animals. In the past, I have raised and cared for horses – quarter horses and Thoroughbreds – geese, chickens, fish, birds, roosters, hamsters and once a pot-bellied pig.” She also takes in strays whether they be four-legged or two, if they need help, she will provide it.

She currently teaches college English for several university systems, and continues to write and publish. She has several books  released. or which have been released, in the next couple of years including: Dragon Tears, When You Wish Upon A Star, and Benjamin’s Bride.

Nancy believes that creation and all its beauty, grandeur and diversity is a direct reflection of God’s majesty and power. One of her favorite quotes reflects this philosophy. It is:

“There is not one blade of grass, there is no color in this world
that is not intended to make us rejoice.”

Sean of the South
justfreeandbargainbooks

a work in progress

News, extras, and more about the Elemental Mysteries and Elemental World series