Can a boy without magic and a dragon that can’t fly save their world from destruction?

In a land of magic users, one boy is born without magic. In a realm of angry dragons, one dragon befriends a human boy. Together, they follow their hearts on a journey to save their land. They are joined by a wily old wizard and another young dragon on a quest into the unknown to find the creator dragon – Skyhawk — the only one who can save their world from a devastating war. Adventure and danger awaits the misfit group as they travel across the endless Sea of Lights, escape the mysterious earth dragons in the Valley of Death, and continue to search for the mythical Singing Mountains and Cloud Caverns. Will they succeed in finding the powerful dragon and prevent the coming war, or will they fail in their quest, and lose not only their lives but all of creation as well?

Separated from their mother and lost in the woods, two runaway slave children travel the Underground Railroad in search of both freedom and a forever home.

Thomas and Cassie’s mother hadn’t included Old Red in her plans to meet the Underground Railroad conductor. At the planned meeting time, the master’s old hound dog ripped her plans to shreds as surely as he would her two children. Using herself as a decoy, the family separated. Her final words to Thomas and Cassie were to follow the river and stay in the water to hide their scent. They did as she instructed not knowing if this would be the last time they would see her, or that this night would be the beginning of a long, dangerous journey with an unknown future.

When Abbie Brookhart started life over in Estes Park, she left behind her abusive husband. She met a wonderful man, and things began to get better. She had no way of knowing that her ex-husband was stalking her, intent on only one thing—revenge!

Let your light so shine before men, that they may see your good works, and glorify your Father which is in heaven. Matt 5:16

The Bible tells us we need to “shine before men,” but what does this mean and how do we do it? In Shine: How to Walk the Talk, Nancy Segovia lays out a series of simple steps you can to take to walk the talk: to love God above all and your neighbor as yourself. Using parables, folk tales, and struggles from her own life, she provides uplifting insights into the Christian walk that can make your first steps easier. She examines scripture for clues on what it means to shine, how to reflect God’s love, and what to do when the muddy messes of life blot out God’s light in you. You will relate to her failings, those “Duh!” moments when spiritual understanding begins to dawn. Most important, you will learn how to apply that understanding; you will learn how to turn your talk into your walk and how to help others to do the same.

Finally, coming in August, 2017 the much awaited sequel to Dragon Tears – Dragon Songs. Once again Patrik and Larkin are called upon to save their land from destruction. However, this time Patrik posses magic and no one else does except an inexperienced girl, named Lani. Will the three of them be able to save the world for the Black Dragon’s Shade and his demons? Or, will their inability to get along and their lack of magical skills doom their entire world? 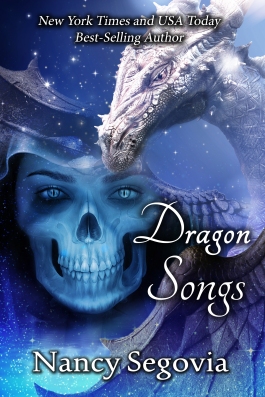 Sean of the South
justfreeandbargainbooks

a work in progress

News, extras, and more about the Elemental Mysteries and Elemental World series